The Alkahest
(from the introduction to the catalogue to RSH – ACID)

Painting is like the formation of primeval life, a pushing and pulling of energies that by some powerful statistical anomaly creates the absolute. Painting is a performative act of limitless expression. When we look at art in the early 21st century, we see a landscape proliferated with creators who utilize the internet as part of the dialog of their work. Either through direct consumption and appropriation of imagery found on the web, or through the performative structure of social media.

This push and pull of the immaterial realm of the web against the material realm of the traditional painter is the membranous boundary between the previous incarnation of art and its future self – a historic period much akin to the Voyager space probe finally pushing out of the heliosphere and being free of the immediate effects of the sun’s gravity. Art in the 21st century is finally shedding its 20th century skin, rubbing it off like a snake against the hard rock of data that swells around us every day. The boundary of the liminal space that is the internet, exists as a constant in the realm of the imagination, bringing with it a kind of extrasensory perception. This constant interaction with people informs the creative process of the majority of artists under forty and brings to the table an evolving dialog in which we must understand the role of the artists as public persona.

Painting as a form of expression is mankind’s oldest art form. By bringing the performance of the now – that is painting – into the liminality of the web, we create a space that the public can project its imagination onto, the record of action that is the painted surface. By taking this to the architectural level, it allows the viewer to stand inside of the painting, being encompassed by the form and colour.

Expanding painting not just beyond the edge of the canvas, but beyond the confines of the material, painting must evolve, must go beyond the boundaries of the physical if it is to remain relevant in the 21st century. How then does one take such an intrinsically physical practice as painting and transform it into the immaterial? Through social interaction, through networked media, and through the constant feedback loop of the internet dialog.

The alchemical process in the creation of the Alkahest is to distill, by reducing that purification the alchemist is able to finally create the universal solvent. The web allows for a constant recycling of ideas, a sampling of fractal proportions that makes everything self-referential. With the works in ACID, I have sampled only my own previous work, distilling the pieces from gestural paintings into geometric collages through a process of destruction and re-creation.

We stand at the threshold of a new era in art, where production and conceptualization are freed of the realities of the material world. The ‘materia mobilis’ of reality is giving way to a limitless space of creation – that immaterial realm of the digital.

Download the complete catalogue with a full introduction by artist John LeKay here. 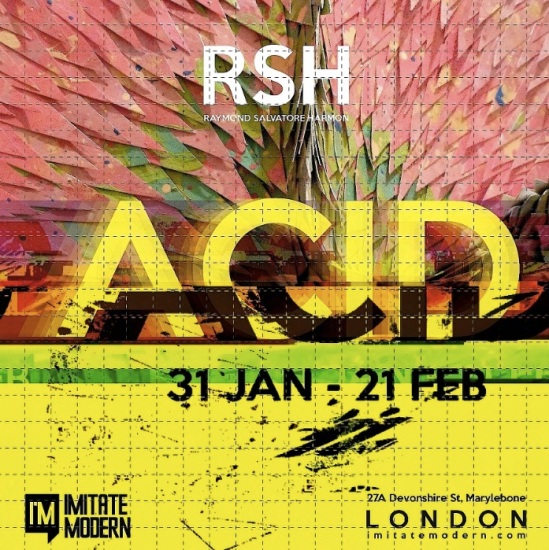 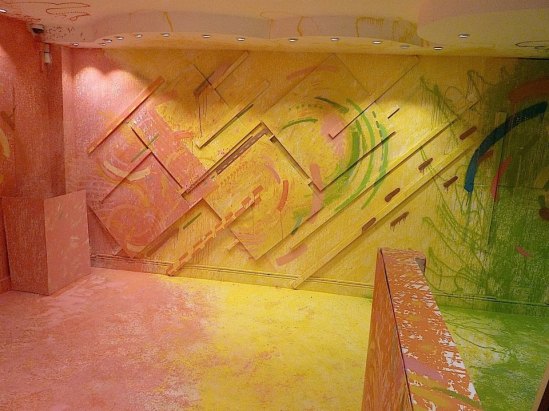 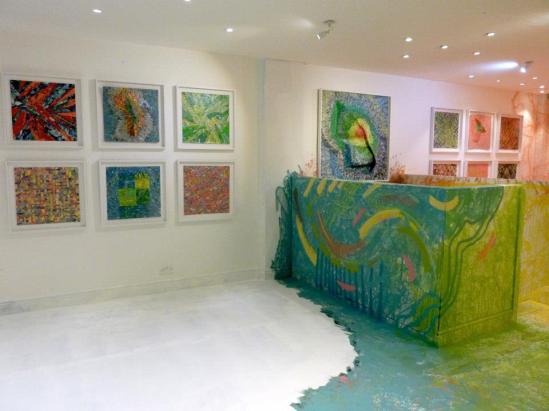 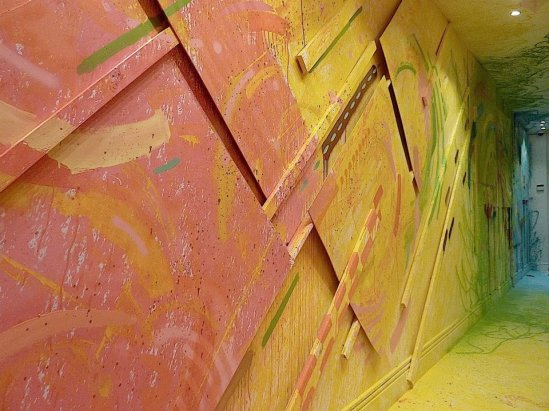